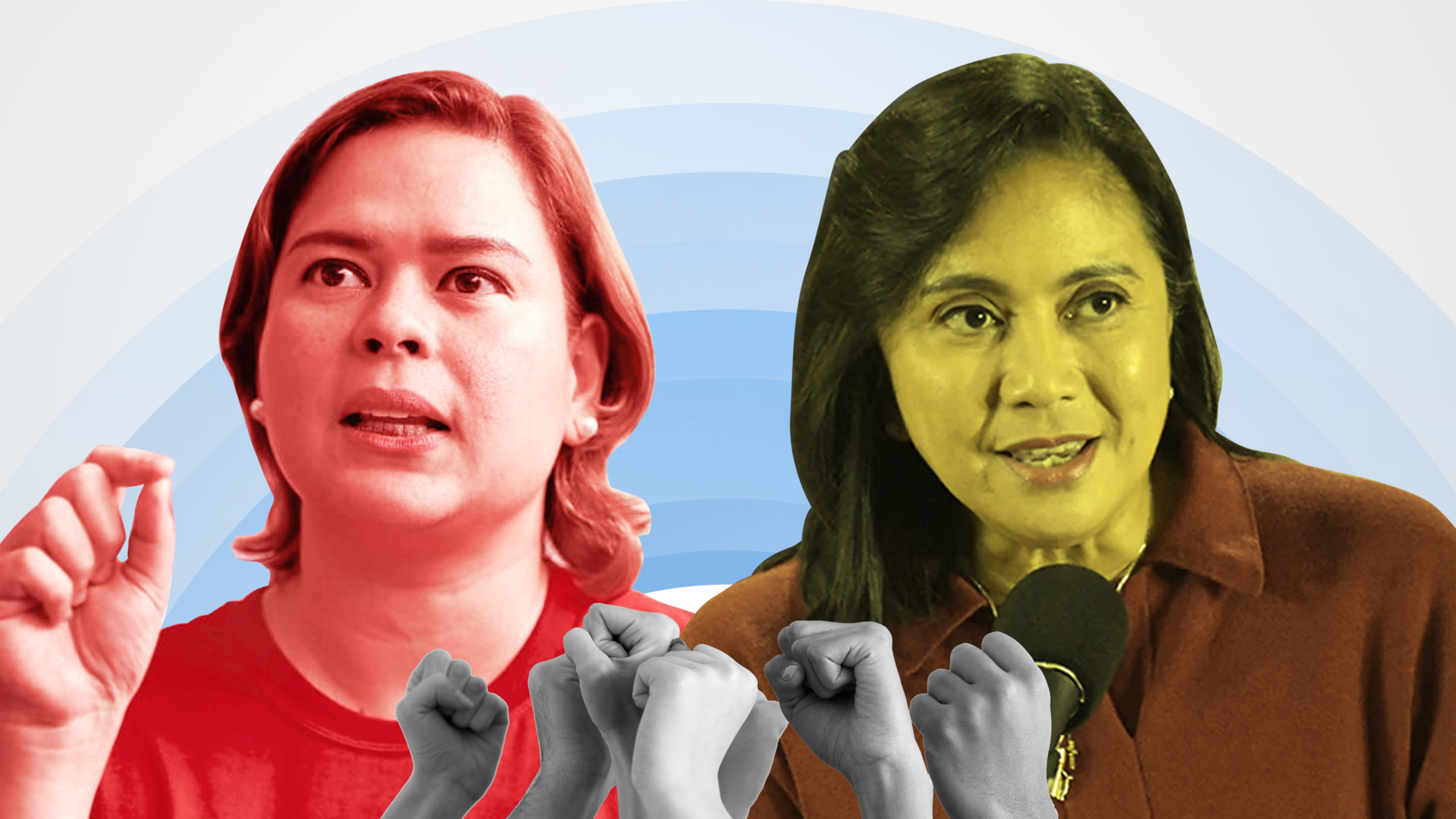 After a year and a half from now, tables will start turning again. With the constant backlash being thrown to the government, many Filipino activists and even common citizens and celebrities are looking forward to the 2022 presidential elections. Many people are expecting a surprising turn of events and people are in a rush for a new administration.

Speculations about the presidentiables started brewing and two women are claiming the spotlight in a male-dominant political world. The most formidable women in the list are Davao City Mayor Sara Duterte a.k.a. Inday Sara and Vice President Maria Leonor “Leni” Robredo. The two have a strong political background and have solid supporters which makes them both winnable. Their influence and powerful political figure elucidate their potential to run for the presidency.

To help you decide who is going to be your bet between the two if ever they run for the post, catch a glimpse of the background of the two possible women presidentiables.

Inday Sara is making headlines as she topped the early pick for potential presidential bets based on the Pulse Asia survey that was released last January 12. Her big dream is to be a pediatrician but ended up following the path of his father when she entered politics in 2007 as the vice-mayor of Davao City. Her political ambition started when she became a lawyer by profession. She served in local NGOs from which she centered her service in fighting for women’s rights.

Carrying the trademark of Dutertes, Inday Sara is known to be tough-spoken, firm with her stand and decision, and has an empowered character. Probably, she also got these traits because she also became a full-fledged colonel in the Armed Forces of the Philippines. As she started practicing law and became reserved in AFP, she was already crafting her own identity not just by being the daughter of the well-known family in their city.

Moreover, this woman also tends to be rowdy when one time, she punched a sheriff because the latter keeps on insisting to have a demolition but she did not want to because it is going to be a bloody one. This incident also made its way to headlines.

With her resisting personality, she breaks the notion that a woman should be fine and finesse for she proves that a woman could be dominant, tough, and stern.

In her political milestone, Inday Sara has already a lot to prove in her leadership experiences. From wanting to be a pediatrician at first, she ended up putting down her foot in serving the masses. It originated from her passion to serve the public which started from her fight for women’s rights when she became a lawyer. When she decided to enter politics, she stood out as being a woman in power and paved her way to carving her name through her efforts.

Here is a glance at her quite a few but impressive leadership experience:

Inday Sara’s political background and the journey is quite different from her father’s, proving that she is more than her father’s daughter. She is not herself today just because she is a Duterte but because she made her name in politics through her exemplary leadership skills. Even VP Leni Robredo was impressed by Inday Sara’s good work as a leader.

She is a woman who has a strong political will. She can be compared to Beth Harmon, the main character of Queen’s Gambit, who once proved that you should never apologize for your ambition in a male-dominant game just because you are a woman.

Leni Robredo: The Widow in Yellow

Yellow is the color that has been associated with the incumbent Vice President Maria Leonor “Leni” Robredo. She is under the political party “Liberal Party” during the 2016 elections. She was tagged as the “Widow in Yellow” and another yellow who vied against another Marcos – a comparison with former president Cory Aquino who also carried the same color, a widow, and replaced a Marcos in the presidential seat.

When her husband Jesse Robredo, the former DILG secretary, died in a plane crash in 2012, there is a strong clamor for Leni to enter politics. She brushed off the strong call at first but was later persuaded and even became the vice president of the Philippines. She first became the congresswoman of Naga City and this political victory ended the 40-year stint of the Villafuerte clan in their district.

Her political journey comes with big waves ever since she started and even until now. She is constantly being attacked by trolls on the Internet and even creating fake news about her. She is always a target of criticisms, especially of Duterte supporters. Even so, she was not stirred from the attacks under fake social media accounts. She is continuously serving Filipinos even though Duterte did not appoint her to Cabinet post.

Robredo, despite personal attacks against her, did not settle for a waterloo. Instead, she braved her way in pushing laws and systems to fight for the rights of people who are at the seams of our society.

Even before Robredo gained local and national recognition, she’s already been in the public service. Her heart to serve the marginalized started before she entered politics and her reach widened when the turning point of her life commenced after the death of her husband who had been an image of a good public servant.

Here are the fast facts as we keep track of her milestones as a leader:

Despite the criticisms and hate thrown at her, she redeemed herself by proving that she is Leni Robredo not just because of her late husband Jesse Robredo but because of her impressive leadership stunts.

She proves that a leader does not need to be tough and strict but instead needs to be empathetic to understand the situation of the people who are on the fringes of society.

Both of them have their strong points and the leadership that they have as women are splendid. They lead people and initiate programs for the betterment of the people in the community. They have more similarities than differences that is why contrasting them only leads you to a very few key differences.

The competition arising between the two powerful women in politics is like a tough fistfight. It is hard to determine who could claim the electoral triumph because the margin is too close. Even though the Inday Sara claimed that she will not run for the presidency, she is still considered as one of the presidentiables because people cannot drop the possibility yet since his father Rodrigo Duterte also claimed that he will not run but did so anyway and even won the presidency.

These two images of women with ambition surpassed the notion that they are just known because of the names of men attached to them – her father for Inday Sara and her husband for Leni. They proved their capabilities as women through their impressive leadership.

With their superb achievements and leadership experiences, the great question lingers…

“Who is going to be the last woman standing in the 2022 presidential elections?”

We never know, but in this patriarchal society, MAY THE BEST WOMAN WIN.

May Nakukulong ba sa Utang? Charges and Constitutional Limitations of Not Paying Debts

Signs and Symptoms of High Cholesterol