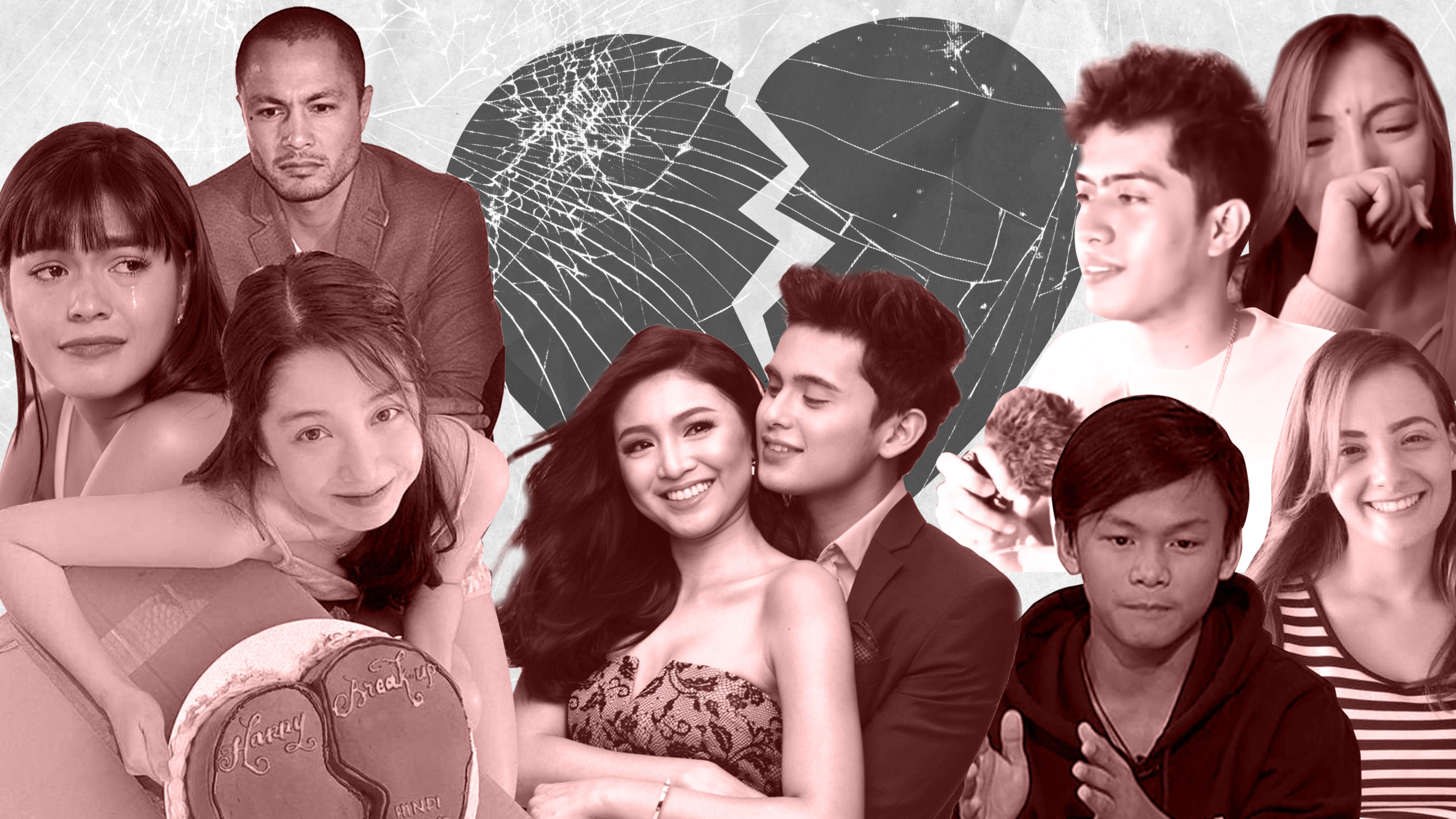 When 2021 had made its dawn, we expect best and great things. Part of that cross-fingered, 11:11 wishes are ‘romantic’ success. We dream that roses are redder, chocolates may be sweeter, and hearts are to be filled this Love month 2021, not only for ourselves but for our celebrity stans. However, few celebrity couples may not be joining us in this special time of the year.

Romance is everywhere, sometimes in air – most of the time in TV. From your own silent and unseen ‘kilig’ moments to the most tweeted celebrity love development; you, I and everyone are there. Media represents our varying love ideals; Showbiz is public’s business. We attach ourselves to some celebrity couples that provides our fairytale fantasies, a temporary escapism from our untouched love life. That’s why, when one decides to cut the love ribbon apart, we too are left broken. – (some just enjoys the controversy). For whatever reason it may be, celebrity love stories are part of our lives.

So, for one last closure, one last wave goodbye. We will take one final look back to most loved celebrity couples who won’t orthodoxly celebrate Valentine’s on a candle-lit, five-starred posh and romantic steak and wine dinner date because they’ve decided to cut the love ties even before 2021 starts. (simply, because 2020 sucks).

Their break-up is as controversial as their scripted (or as claimed by many) vlog contents. The couple have given us enough cringe points to land fifth place in the provocative break-up list.

Christian “Makagwapo” Merck Grey and Caffey “Makaganda” Namindang are known vloggers whose contents are oftentimes draws disapproval from the internet society because of bad acting, insensitive contents and inappropriate pranks – still they hailed themselves “Greatest Pranksters”. It seems that their relationship got its fame from sailing the opposite direction; I guess, as long as people watch, they care not.

The two up their controversy game when they made their break-up as internet loud as possible. They trended online when the two went and seek help from Raffy Tulfo’s famous Youtube “problem-solver” program Raffy Tulfo in Action. (Well, Tulfo did make every guest trending.) Their story involves of claims that a third-party was involved. Aside from that, Makaganda also accused Makagwapo of keeping all their Youtube earnings for himself.

Thanks to Makaganda and Makagwapo, their breakup story made 6 episodes of RTA with 5 – 6 million views each. The earnings for each video are massive! Who knew that breaking up can be income generating?

The two continues to make videos separately, still spreading cringe. Relationship goals, or no more. The show must go on.

Former Child- actor Buboy Villar, known for his role as ‘Ding’ in GMA adaptation of Darna, starring Marian Rivera, and American girlfriend Angillyn Gorens had given the public quite a buzz when they announced their engagement in 2016 and once featured in GMA’s magazine program, “Kapuso Mo, Jessica Soho.” Their relationship seem to work well in the first few years, they got married and are blessed with two children. Until recently, the couple decided to end the relationship last 2020. In an interview, Buboy said that prior to the publicity last year, they were already separated for 2 years.

The couple broke the internet when both backlashes and supports rained over the two. Many claim that their separation is an irresponsible move affecting both their 3-year-old and 1-year old children. However, according to Angillyn, and confirmed by Buboy as well, they were in good terms and they’ve settled their roles and responsibilities for the kids. Moreover, as they went to their own ways, they believe that their decision happened to give way to their unachieved career aspirations. And that they’ve nothing to be sorry for.

Buboy and Angillyn who started as a ‘sana all’ partners in 2016 and have endured challenges throughout the years definitely shocked the masses with their split story last 2020.

“It happened so fast,” stated Ramsay. The couple first became in a relationship last 2019 and happened to end their love story in 2020. The breakup surprised many for Andrek (Andrea and Derek) was one of the featured couples for the GMA Christmas station ID.

The two met when Derek Ramsay signed for GMA and was given a role in a film series “Better Woman” with Andrea as his leading lady. Both of them filled the internet with sweetness as they exchange post goofy and playful photos of them during set. Moreover, the couple was also rumored to have lived together, but then they’ve denied the assertions promptly.

Details of the relationship was kept privately but some speculates (just speculates) that the two separated because Derek is not yet ready to tie the knot, when in fact Andrea, as most women may wish, expects an aisle walk. Ramsay, on the other hand amidst internet theories about their relationship remains stiff with their decision to keep the breakup to themselves and just asked the public to respect.

The Saddest Unboxing of Donnalyn Bartolome

Maybe one of the most heart-breaking unboxing content we ever witnessed in YouTube. Singer and Youtuber, Donnalyn Bartolome made a video log with unboxing all the stuff her ex, whom she referred to as D’s ex, returned to her.

The singer, together with its viewers had not able to hold back their tears as the video continues. The breakup was publicized last November 2020. She made the content on All Saint’s Day because as she reasoned “Araw ng Patay, araw din na paglamayan and patay kong puso.”

And part of this sad story is Donnalyn’s message to his privately kept ex-boyfriend. She said “I hope you find someone who can give you,what I can’t” . That was just devastating.

The fact that love also means letting go and pain, makes loving a gambling. Donnalyn’s breakup left her unsure until when she can endure missing her boyfriend, but it certainly made the public gone crying.

And the top spot goes to, James Reid and Nadine Lustre’s most shocking breakup news, it left the country asking “why’s” and left avid fans stunned and devastated.

JaDine was first introduce to the people when they starred in the film adaptation of the best-selling Wattpad Novel, “Diary ng Panget.” – it was a hit and the audience loved them since then.

However, to address their fans woes over the split situation, JaDine confirmed that they were still in good terms, they are still good friends and some of the time there were spotted together.

But like any other celebrity breakup stories, rumors, and controversies also stormed JaDine. Some tagged their common friend as a reason for their separation, but the two immediately defended her and denied all negative gossips.

Their breakup was set to “find, themselves” outside of each other’s arm, to see themselves outside of the love team. It may also be a way to test destiny if they’re really meant to be, then again; if it’s meant to be, it’ll be.

Love is something that we share privately. People may tend to be and get involved for we are socially attached, but love can only be understood when we listen silently to the woes of the heart and the mind. Celebrity couples and their stories burns our romantic aspirations. They inspire us and motivate us. Breakup stories vary from the most controversial, to the most shocking and most devastating ones, but one thing is sure, whatever and whenever it may be – love will always find its way to bond the right partners and split the ones that are only there to give us lessons.

Condo vs. House and Lot, Which One is Better?