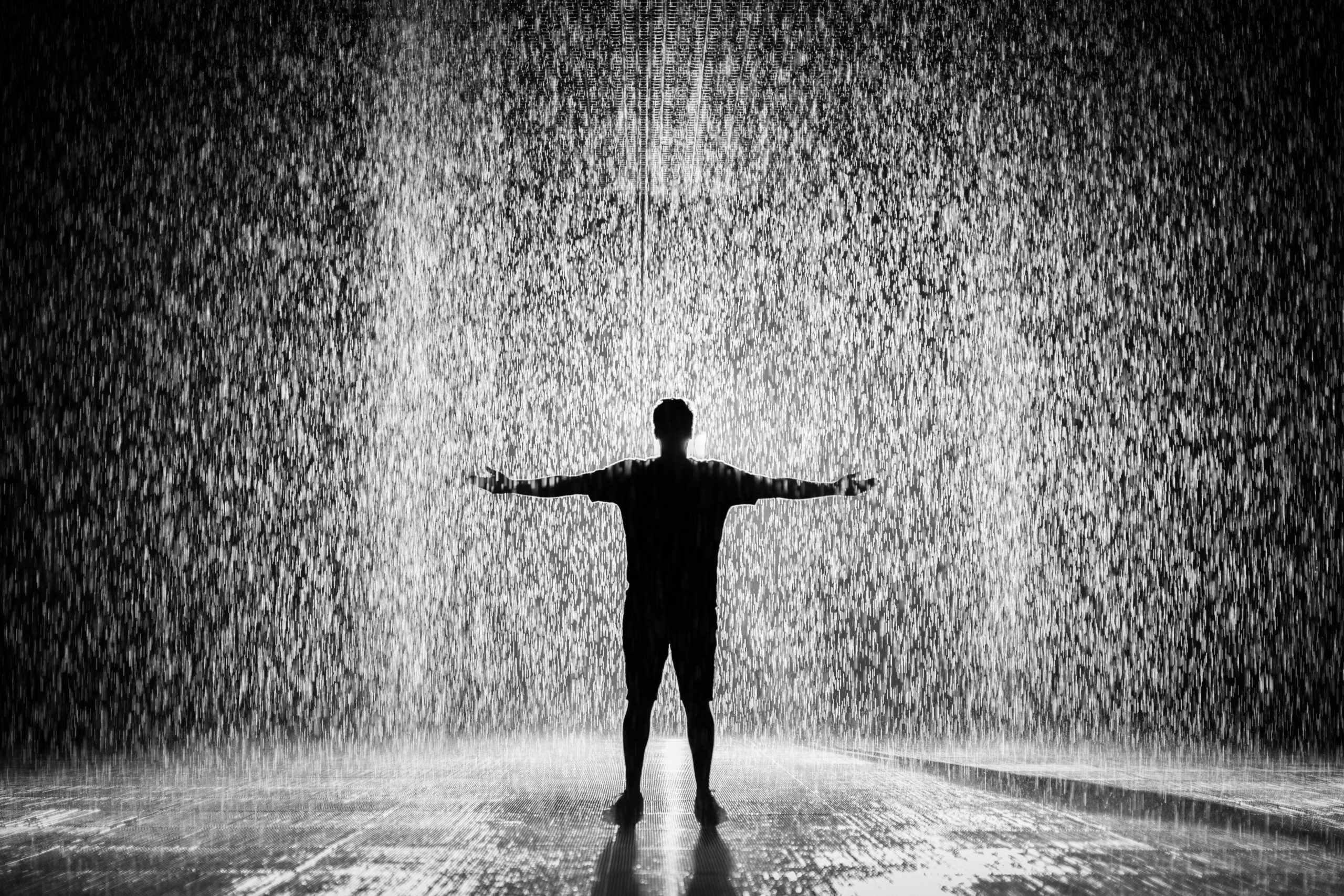 Have you ever felt how music soothes you whenever raindrops? The way it hugs you like a warm blanket. The way it comforts the troubled minds and our lonely hearts. You are in the right place to acquire quality music that could cuddle you during this time of cold weather. Let us dive into the top 20 songs for bed weather.

It is a love song written by Finneas O’Connell. And was recorded by Billie Eilish when she was 14 years old. This song was about two lovers who are in a toxic relationship. Billie Eilish portrays the girl in the song who always cries and could be easily seduced or controlled by her lover. The metaphorical meaning of the “ocean eyes” in the song was the power of men over women. Women get easily dragged by the fake illusion of love, especially when they get obsessed, blind, afraid to love and lose someone.

This song was written and recorded by Moira Dela Torre. The song was all about the true meaning of love. According to Moira, she wanted to show people that love does not only mean staying together but sometimes love is setting people free. Be thankful for the time that the two of you had because you had the chance to know that wonderful person you loved.

This song was created by a Filipino musician named Zack Tabudlo. It was released last April 12, 2021. The musician revealed in a press release that he had written “Binibini” at the peak of a romantic relationship with a former flame. And he said that “She was the binibini that I would dance with in the middle of the rain, in the middle of a chaos, or whatever’s happening around us.” Basically, the song was about endless love for a special someone, despite the end of a connection.

4. Off My Face – Justin Bieber

This song was sung and co-composed by Justin Bieber. And was released back on March 19, 2021. According to Bieber, this song was all about being in love. However, it has a deeper connection about Justin’s dark times, and how Hailey helped him escape. Moreover, how he resembled the effect of drugs to love. How Hailey makes him feel mad crazy in love. Like drugs, a person could be so in love that the person could get “a bit of a mess over someone”.

This song was also written and recorded by Zack Tabudlo. It was released on May 14, 2021, after the release of his other song “Binibini”. This song is about letting go of pride after a break-up. Because sometimes after a break up we tend to realize that we are not ready to lose that person. You cannot live without the person you truly love.

This song was composed by Paolo Benjamin Guico and was recorded by the Band Ben&Ben. It was released on May 18, 2017. “Leaves” is about the process of healing and forgiveness in a relationship. Like how the lines in the song suggest; “But in the end, what makes it worth the fight, that no matter what happens we try to make it right,” and “You never really love someone until you learn to forgive”.

This song was created with the collaboration of Slander and Dylan Matthew. The one who sang and played the piano in the acoustic version was Dylan. It was released back on November 14, 2019. The song is about a love that begs, and a love that gets tired. And one of the lovers was trying to fix and reunite their faded love for each other.

This song was composed and sung by Adie Garcia. And was released back on June 05, 2021. Adie said that this song was inspired by a dream. He dreamt of a girl who perfectly portrays the word, “Paraluman” and it’s this young generation’s sweetheart, Angelina Cruz. But, he also mentioned that “Paraluman” could be anyone and can be anywhere. It could be the person you love or the person you admire.

This song was written by Def Soul artist Montell Jordan and Anthony “Shep” Crawford but was recorded by Sisqo ( An American R&B singer). It was released on June 30, 2000. However, the cover was sung by Michael Pangilinan and uploaded on YouTube back on November 21, 2017. The song is a love song, it talks about a man who has everything, but could never be happy or complete without the woman who he truly loves.

This song was written and recorded by Skusta Clee and was released back on May 19, 2020. The song is about a hopelessly in love guy who continues to hope for a chance of love that he may never get.

This song was written by Arthur Nery and was released back October 25, 2019, under O/C records. The song was about self-worth over love that can only hurt and destroy you. It stated in the song that you don’t need to insist on love because you are precious and valuable. Love will come to you, not you to love.

Like the song “Higa”, “Binhi” was also a creation of a fast-rising R&B star Arthur Nery, which was released on June 21, 2019. This song was about an almost love story. The acceptance that the flower of love and relationship of two lovers will never bloom. This song will make you feel hot in cold weather. A must savor music by Arthur.

This song was a creation of a rising Filipino star in the United States. His name is Ez Mil or Ezekiel Miller. A former Olongapeño. He released this song last October 25, 2020. 1st & last was about falling deeply in love with someone. Moreover, it talks about eternal love and everlasting admiration towards someone.

This song was co-written by Olivia Rodrigo and her producer Dan Nigro. It was released on January 8, 2021. The song “Driver’s License” is a pop song about a heartbroken teenager watching her ex move on. And a gossip roaming around the internet that it was about her past romance Joshua Bassett.

Like the song “ Driver’s License”, Olivia Rodrigo was also the composer of this song with her producer. It was released on May 21, 2021. This song was about a break-up and how the girl felt afterward. Olivia sings that although it breaks her heart to see that he is happy with another girl, she only hopes that he is not happier with her. Which may be a lie that she is telling herself to make her sane.

Like the other song which was released by Olivia Rodrigo this 2021, “Traitor” was not different to them. Like the other song compiled in the “Sour” which was about a breakup and watching someone, you love to move on and date someone else. In this song, Olivia sings about a boyfriend lying to her and falling in love with another girl while they’re still together.

This song was written and recorded by Dean Lewis. It was released on March 5, 2021. It was about the anxiety faced by countless individuals all around the world following the events of 2020, “Falling Up” arrives as a song for the times as it paints a picture of a man in despair and struggle: “I’m alone in the spotlight/And the walls are caving in/And I thought I’d be happy/But I’m barely breathing.”

This song was co-composed by Justin Bieber and Benny Blanco. It was released back on October 15, 2020. This song tells us the dark side of becoming popular. It also portrays the young life of Justin, on how he felt growing up. How he faced mental instability and loneliness. This song tells us that even the most popular celebrities and personalities could also experience depression and sadness.

This song was written by the band’s guitarist Mark Jay Nievas, who is part of the group “Bandang Lapis”. The band was composed of John Lester Abano on vocals; Lyn Rey Beltran on guitar; Mark Jay Nievas also on guitar; Ryanpaul Marangga on the bass guitar; Leandro Rapuno on drums; Jomari Gabriel Luna on keyboards; and Ivan Arcena Morallos, the rapper. The song was all about reminiscing the good times after the death of a loved one. It showed the sad emotions of someone who has been left behind. They regret all the things they cannot make because of inevitable death.

This song was composed by a singer-songwriter named Argee Guerrero. It was released on YouTube on June 22, 2018. The song was a typical cheating love song cliché. However, in this song, the one who cheated was the girl and the one who broke the relationship was the guy. It says in the song; I hope you told me that you don’t love me anymore. The song taught us that in a relationship it is better to talk things through when love is gone, rather than to cheat.

These compiled “top 20 Bedweather songs” are mostly break-up songs because we tend to feel melancholic when it’s raining – somehow, reminiscing our past with a gloomy feeling of sorrow and brokenness. With these music playing on the background, we lay down on our bed, tightly embrace ourselves and our pillow, vividly remembering our past – our lost soul, our shattered core! But at the hindsight, there’s a feeling of sigh and relief, reminding ourselves that those are part of our past and won’t gonna hurt us, anymore. Coz if it still hurts, then, we haven’t moved on. We haven’t moved forward.

But thanks to the rain and the bed-weather feels of these songs. They make us feel more human!

5 Clever Ways to Ask for Promotion